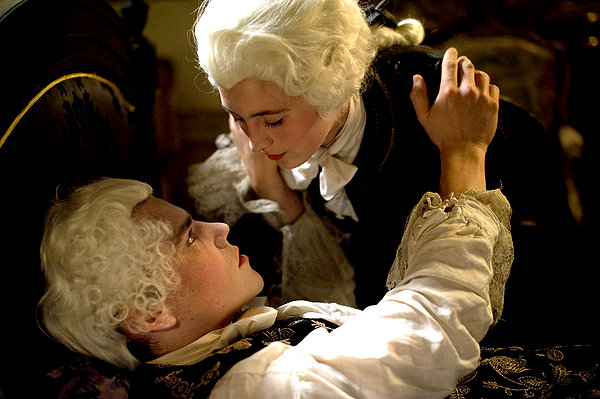 Eclipsed by her brother’s prodigious talents, constrained by the limitations placed on her sex, and fueled by her passion for music, Maria Anna Mozart’s forgotten story is positively brimming with conflict.

As the eldest child, the woman her family affectionately called Nannerl was originally the family star, but she soon took a second seat to her  brother.  In the 18th century, women didn’t compose; they performed.  Likewise, they were restricted as to which instruments they were permitted to play, including the violin–what her father calls a “boy’s instrument.”

Nannerl pursued her music, regardless.  At an early age, she became accomplished at the harpsichord and the fortepiano, but no matter her talents, social impediments prevented her from what might have been a distinguished talent.  Marriage was of the utmost importance to Nannerl’s future, and she was expected to fulfill her obligations like every other woman alive.  That pesky little problem aside, Nannerl’s relationship with music was a source of joy in her life.  Mozart looked up to his big sister, from childhood desiring to be like her, and they enjoyed a close relationship for many years.  Sources disagree as to whether this mutual adoration continued until Mozart’s death in 1791. 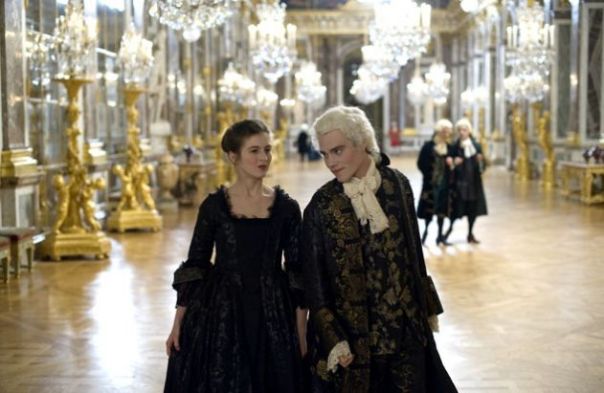 Talent-wise, evidence of her composing is mentioned in her letters to Mozart, but these informal compositions would not have been approved of for a public concert.  As her work has withered out of existence, we can no longer know the true scope of her talents, but the film allows us to imagine Nannerl being dragged across European courts, playing second piano as it were, and experiencing a full spectrum of emotions of which we shall only have to guess.  I personally think the lady looks like she’s got a bit of moxie beneath that mischevious smile.

A lush period piece, Mozart’s Sister is an imagined portrait of Nannerl, the question being “what if?”  The film is in French and currently has a limited U.S. release .  If you can’t wait for the dvd, there have been a number of books published, including Mozart’s Sister by Rita Chabonnier, Mozart’s Sister by Nancy Moser, and In Mozart’s Shadow by Caroline Meyer (YA).