May I introduce you to this handsome fellow, 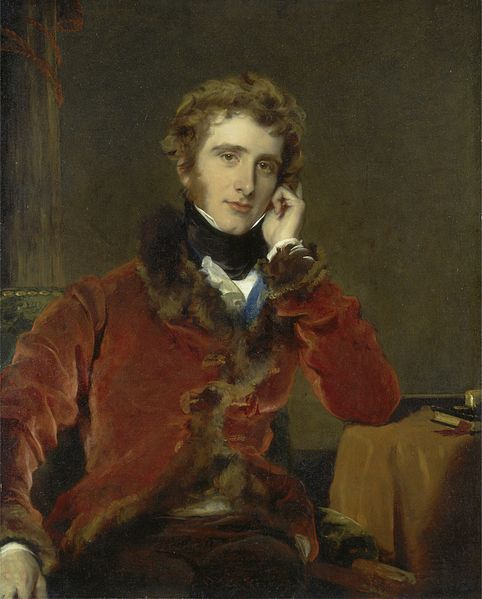 and his lady wife, 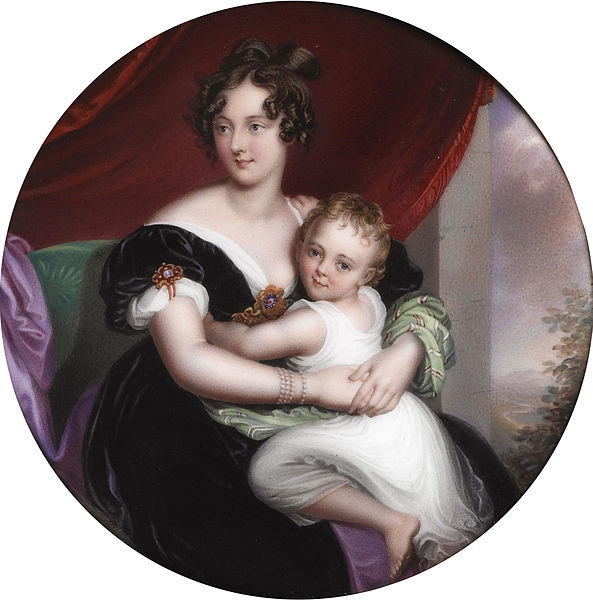 Lady Dover and son Henry, attributed to Joseph Lee, after Joshua Reynolds (1832 or thereabouts).  You can also view her here.

The house engraving confused me at first because a mansion is depicted, yet it is called Gowran Castle.  This is because the mansion was built on the grounds on the old castle, which was purchased by the Agar family during the Restoration, and I guess they just kept the name.  The first Agar to hold it, James Agar, Esq, expended a considerable amount in 1713 to improve the castle by casing it in stone and raising its front to two stories.  Unfortunately, by the time of its tear down date in 1816, the castle was in ruins.

I would have liked to find an image of the castle in its pre or post-remodeled glory because the old castle has a fascinating history. During the Third English Civil War, it was an important stronghold when Oliver Cromwell’s forces seized it and shot all within–except the dude who had given them the key to the castle.  He was pardoned, and Cromwell then ordered the Franciscan friar inside to be hanged and the castle burned to the ground.

After the Third Civil War ended, the remains were seized from the royalist Butler family and given to the Lord Deputy of Ireland.  Eventually, James, Duke of York, was granted a number of “forfeited” Irish properties and filled his coffers by selling them. James Agar, Esq. purchased from York, and was the last to put his stamp on the castle.

Gowran Castle post-1819 was the seat of the Viscounts of Clifden and would have been George Agar-Ellis, 1st Baron Dover’s, home had he not predeceased his father, Henry Agar-Ellis, 2nd Viscount Clifden. Lord Dover died when he was just 36, but he managed to cram in a considerable amount of accomplishments during his life. 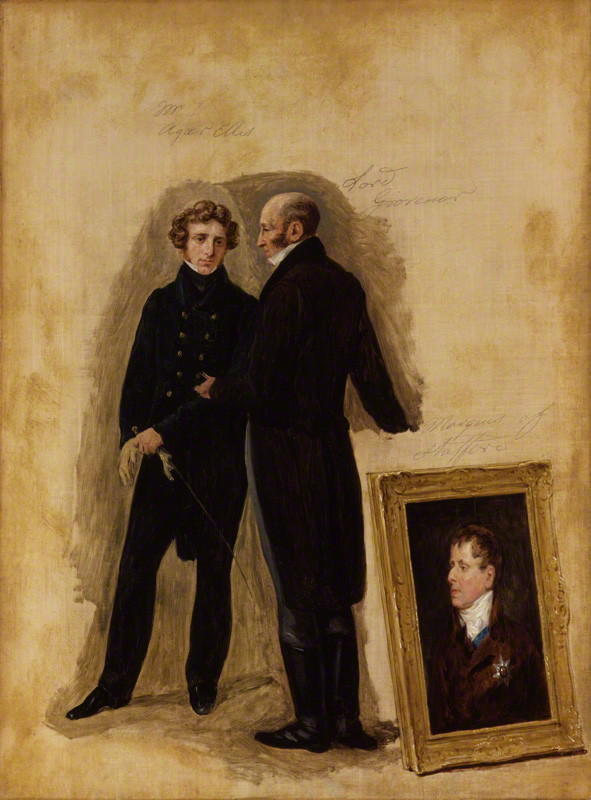 Lord Dover is on the left

When doing these posts, I like to think about what type of man I’m writing about, and I think that Lord Dover seemed not so much a devil as he was a kind, considerate man.  During his earliest youth, the borough of Gowran was described in one church record as being filled with “wretched habitations” that contributed very little to the borough’s taxable base–essentially the community was poverty stricken.  The 19th century Gowran house would have been the nicest abode around.  Lord Dover grew up to be sensitive and liberal-thinking, a self described “decided reformer” and Whig politican, maybe as a result of his personal and familial history.   His ancestors hailed from the French Comte Venaissin, who fled France due to religious persecution.  A collector of fine art, he was also a man of letters who rescued and edited his family’s letters on the Revolution, 1686-88, from the British Library where they languished in obscurity because he thought them important to English history.  He also wrote a number of books including The True History of the State Prisoner: Commonly Called the Iron Mask, mostly because he found the original history written by Monsieur Delort convoluted and and excessively flattering to King Louis XIV.  Yes, the thoughtful Lord Dover was offended that Delort bestowed compliments on the monarch while “recording one of the most cruel and oppressive acts of the Sovereign’s cruel and oppressive reign.”  See what I mean by sensitive?  His obituary is quite lengthy and lists him “involved [in] the cause of learning, the fine or useful arts, charities, and the improvement of people.”

I think he might be the least eligible “devil” I’ve written about, but it’s refreshing to have a nice guy around these parts once in a while.  You can see more pictures of Lord Dover at the National Portrait Gallery, and if you’ve an exceptionally good eye, you can play where’s Lord Dover in famous Trial of Queen Caroline by Sir George Hayter.  Good luck!