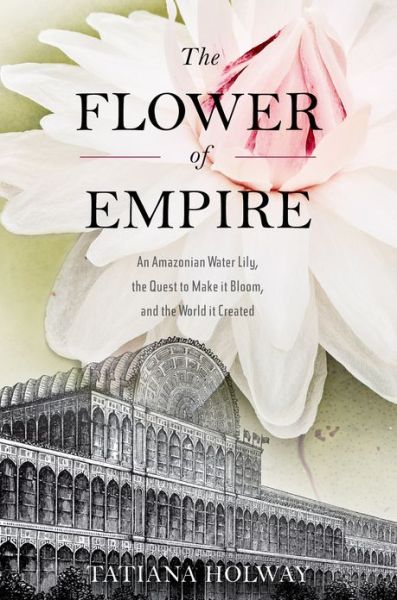 To call the Flower of Empire an exhaustive work on “how it [the Amazonian water lily] touched nearly every aspect of Victorian life, art, and culture,” is not an understatement.  It is a 328 page promise.

And this promise is a good thing, mostly.  Beyond writing an elegant account, Tatiana Holway ties a thread round a diverse group of characters and events surrounding the Amazonian water lily, from eventual extraction in the wild to arduous bloom in captivity. For those who enjoy the historical intricacies of progress, have a soft spot for botany and adventure, and are intrigued with personality quirks of say, a bachelor duke, a taciturn German plant hunter, and an ingenuous head gardener, this is a welcomed book in the enthusiast’s library. 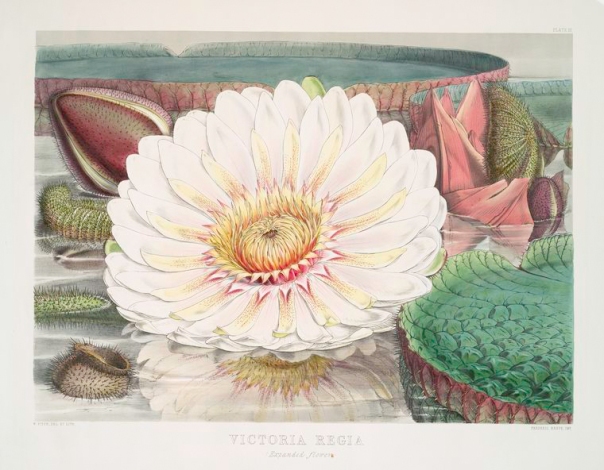 The story begins during an 1837 geographical expedition into British Guiana when Schomburgk, the German plant hunter, discovers a monstrous lily in the Berbice River.  His plan?  Name the discovery in Queen Victoria’s honor and have it sent back to England, but what follows is extreme plant bureaucracy.  The water lily was not just a botanical specimen, but emblematic of a national passion for imperialism.   It caused bitter fights among scientists, contributed to England’s revival as a public garden nation, and influenced the building of the Crystal Palace.  All on account of a flower?  Well, sort of.

The Flower of Empire focuses on the water lily in the same manner the tulip mania of 1637 focused on tulips: it’s the backdrop for character study.   The mad scurry to get the water lily to germinate and flower in England delves into the hearts involved, and sparks the public’s hunger for virgin discoveries.  Ultimately, The Flower of Empire presents a cultural climate of obsession, power, and triumph.  It’s not for the impatient or for those who dislike process, but for the most part Holway balances the scholarly with flashes of pop entertainment, offering character idiosyncrasies when the wait for the water lily feels drawn out.

The Flower of Empire Releases Today